The best duvet and pillow make a huge difference

8 weeks ago we visited the Lykke family to learn about their sleep quality and provide them with duvets and pillows to increase it. Now, 2 months into our experiment, our sleep expert pays another visit to the Lykke family to learn how they sleep with their new duvets and pillows. Has a well-considered choice improved their sleep - and how about their waking hours?

"I am so happy with my new duvet! I sleep really well with it," a happy Louise quickly replies.

Louise used to wake up 10-12 times during the night, but with her new duvet and pillow, she sleeps all night through and only wakes up if one of her daughters calls her.

“The duvet is very pleasant and you can really feel how it folds around you. It is lovely, and I don't feel cold anymore.”

When our sleep expert asks Louise if her sleep has improved, she answers immediately: “Yes, I sleep really well now! I'm so happy with my new duvet and pillow.” Louise feels well rested and more energised when she wakes up: “I sleep much better than I used to.”

The toddler duvet was the right choice

Louise and Karsten’s 8-year-old daughter, Thit, is quite the lark and wakes up very early. "Now it is beginning to dawn on her that sleeping is wonderful. We even have to wake her up in the morning," Louise says with a smile. "We used to struggle to get her to sleep all through the night, but now she only comes if she has a nightmare." Louise and Karsten can’t say if it is solely thanks to the new duvet, but the duvet and the pillow have definitely helped create the frames for a good night’s sleep.

"I love sleeping on top of my new duvet", 2-year-old Uma exclaims. She doesn’t sleep under the toddler duvet, but tucks herself into it and creates a small “hideaway”. The duvet is so breathable that Uma does not wake up at night anymore.

You can use a summer duvet all year round

Karsten had a slightly different experience with his new duvet. "A new duvet is always a joy – and this duvet is light and lovely," he says. The pillow really suits him, but his body took some time to adjust to the duvet. It turns out that the duvet is too warm for Karsten, and that he should actually go on sleeping with a cooler summer duvet for a while. The right season to start using a winter duvet differs from person to person, and in Karsten’s case, November was a bit too soon. Karsten has been equipped with a cooler duvet, and sleeps really well with it.

Increased focus on the best duvet and pillow

“We prioritise our sleep to a much higher degree now than we did before. If we hadn’t received so much advice at the JYSK store before the purchase, we would still settle for a night with broken sleep,” the Lykke family says. With a twinkle in her eye, Louise goes on: “I just went on a holiday with my friend, and I actually considered bringing my own pillow. I've never done that before.”

We leave the happy and well-sleeping Lykke family for now. Next time we meet them, we are going to focus on how to sleep well all year round.

Are you curious about your own sleep? Take our Sleep Test and find your Sleep Score compared to other people like you. 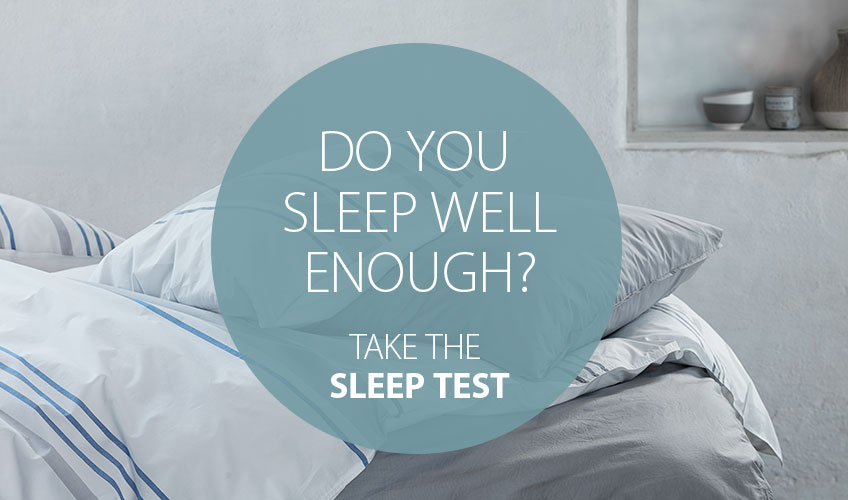 Choose your duvet and pillow with care

Sign up to the JYSK email newsletter and you will be entered into our monthly prize draw to win a £100 gift-card which can be redeemed in-store or online.