CLEARANCE! SAVE UP TO 60% ON ALL GARDEN ITEMS*

A duvet’s filling power, also known as tog, is a measure describing a duvets insulating power and how warm it will keep you. The higher the filling power, the better the insulation.

There is a difference in how well the different types of down isolate. Eider down has the best isolation ability, then goose down. Duck down has the lowest heat insulation power compared to the other types of down.

Which tog rating should you choose?

When buying a new duvet, it's important to know how warm the duvet will be, especially during the cold winter months. This is why you need to pay attention to the tog ratio of the duvet, which can vary from 100-1100, 1100 being the warmest and most insulating.

Many people mistakenly believe that a thick and heavy duvet equals a warm duvet, but this is not necessarily the case, instead it depends on the down. Duck down is more heavy with a lower insulation ability compared to goose down. Muscovy and goose down are lighter types of down with a higher insulation ability. This means that more duck down is used in a duvet compared to keep the same tog as goose down. The duck down duvet will therefore be much heavier and thicker than a goose down duvet. 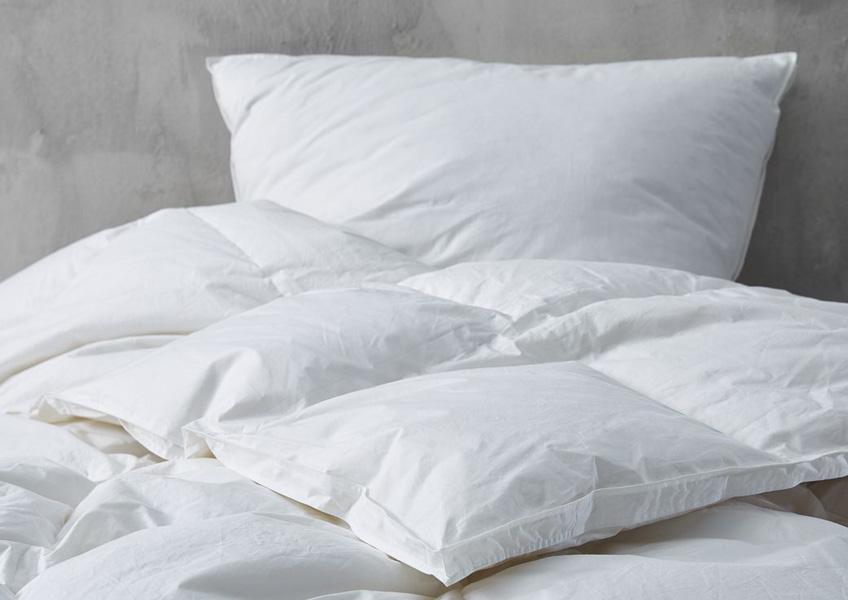 You can choose from 3 types of duvets:

Summer duvet: During summer, even a British summer, you may want to opt for a duvet with a low insulation and tog. Choosing a duvet around 8 tog or less may suffice and will still keep you warm during a typical British summer's evening.

Winter duvet: When the cold weather starts to kick in, you may want to nice and warm and cosy under a heavier tog duvet. Opt for a duvet with an 11 tog or higher.

Read more about how to maintain and care for your duvet.

Do you sweat or freeze during the night?

Sharing your double bed with another person means that you should choose a duvet with a lower filling power. The person lying next to you will keep you warm with his or her natural body heat just by lying next to you. The temperature in your bedroom also plays an important role when choosing a new duvet. An optimal temperature in the bedroom will for many people be around 18–22 degrees. A good rule of thumb is to choose a duvet with a filling power around 10–12 in a bedroom with 20–22 degrees. This way, you ensure a good and stable night’s sleep.

Wake up to your new bedroom style

Luxury in the bedroom

Sign up to JYSK email newsletter and receive a £5 voucher to be used in-store (a minimum spend of £25 applies). Then you will never miss out on our great offers. We will inspire you with guide, new products and catalogues.